Skip to Content
Home blog india Staying at Saniya Palace: our view of the Taj Mahal
by 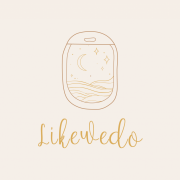 Day one in Agra:

We arrived by train from Delhi to Agra at about 6:50pm. Our hotel was a 15 minute Tuktuk drive away from Agra Cantt station. This cost us 100 INR, which we happily paid without our usual negotiation, after our long train journey.

The driver knew exactly where our hotel was, as it is known for its spectacular views of the Taj. It is located down a small little side street which looks like it heads nowhere. Luckily our driver walked us to the door.

We settled into our hotel room for a little while before heading to the roof restaurant for some dinner and a drink. We were welcomed with open arms by the restaurant manager, Bobby.

We were absolutely blown away by the view.

Unfortunately due to my wide angle lens, the Taj looks a lot further away than it is. The Taj is only 150 meters away from Saniya Palace! You have to be there in person to really appreciate the hotels location.

After we had some food, we took a walk down the Eastern wall of the Taj to the ghat at the end. If you keep walking straight along the side of the wall you will eventually get there, and it is well worth it.

When we went, there were dozens of locals down by the ghat, dancing, singing and playing in the water. It was an incredible display of colour and joy.

We woke up super early to catch the Taj for sunset. Unfortunately Ed was sick that morning due to eating train food the day before so about 20 minutes before entering the Taj he was throwing up in our hotel bathroom.

Fortunately he soldiered through and we were through the Taj gates by 5:45. At the ticket office they give you a bottle of water each and some shoe covers. You can however opt to just take your shoes off when walking around the Taj, which is what we did.

After a few hours we headed back to our hotel, and caught up on some sleep. Which was more for Ed’s benefit as he still felt unwell.

After a nap we headed up to the roof restaurant to soak in some more views of the Taj.

We played cards and I had some lunch, before we headed out to explore Agra a bit.

We later went back to our hotel to relax on the roof and have some dinner. We met some fellow travellers, and spent hours talking with them and enjoying the view.

It soon got dark and we were able to witness the most incredible display of bat migration. There were dozens of huge bats flying East above our heads.

Along with bats, at Saniya Palace you will be surrounded by an abundance of wildlife. From chipmunks to monkeys and their babies and hundreds of dragonflies. It was beautiful!

On day 3 we were leaving Agra by train, from Agra Fort to Jaipur. We had some breakfast on the roof before we said goodbye to the lovely staff at Saniya Palace.

The hotel is well priced for travellers that are travelling around India on a budget. It is really well located, a short two minute walk away from the Taj, to make your early commute to the Taj bearable.

The staff members are really friendly and greet you with a big smile. The restaurant at the top of the hotel serves a mixture of Indian and Western cuisine at a reasonable price! The food is full of flavour.

And even though there is not a tonne to do in Agra, you could easily spend hours on the roof drinking a beer and playing some cards.

The hotel and restaurant is recommended by Lonely Planet. We will definitely return to Saniya Palace in the future!

Here are some photos from our stay at Saniya.